A Business and Its Brand:
When It’s Time to Refresh

Even established businesses need to keep up with the times. That was the case when John Crane approached Signs By Tomorrow about giving the company a refreshed look. As a global leader in the design, development, and manufacturing of mechanical seals, seal support systems, power transmission couplings and packing, the company is already established on an international scale. But John Crane needed to modernize its look—without forgetting its roots that date back to the early 1900’s. 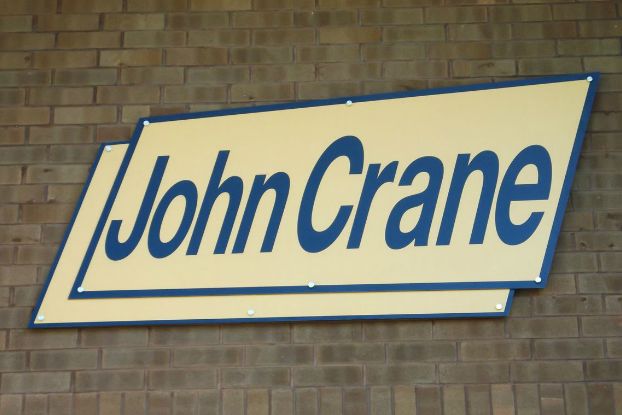 When John Crane representatives approached the signage and graphics experts at Signs By Tomorrow Atlanta North team, the company already had an effective logo and quality product art, but faced with a move to a new space, recognized an opportunity to develop fresh materials that would reflect the increasingly professional nature of the company.

Signs By Tomorrow Atlanta North General Manager Chip Valentine said “John Crane wanted to upgrade their brand standards at this location. The employee buy-in was part of the entire project. They are in the process of changing the culture from very casual to a more professional atmosphere.” It was just a matter of translating that evolution into quality signage.

“John Crane was impressed with our flexibility and the quality of our products.” 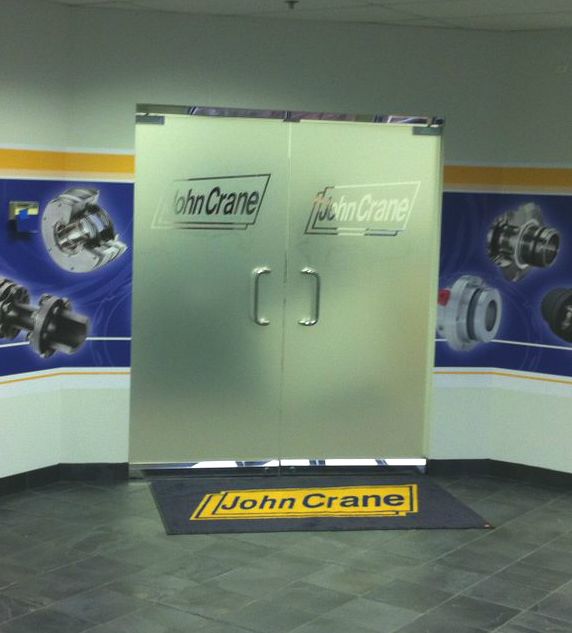 Because John Crane’s regional offices were being relocated, the company decided to take advantage of the opportunity to update its look. Says Chip, “This location was horribly behind the European offices. They had none of the brand standards that were in place. We helped them bring this office up to speed.”

Practically, this meant new custom signage. “They had a good logo and great product art,” explains Chip. “We helped them develop that into new interior and exterior signage as well as banners, wall graphics, window decals, and lettering.”

And these changes reflected much more than an evolved, contemporary appearance for the outside world. The new look had to convey a culture change that had been happening within the company. “The interior was a reflection of that culture change,” says Chip.

The process began with John Crane and Signs By Tomorrow's signage and graphics experts working together to assess exactly what worked, what didn’t and what the needs were in the new space.

This project marked the first time that Signs By Tomorrow Atlanta North and John Crane worked together. “We built the relationship on a personal level by visiting their current location multiple times. They also came to our facility and met our team,” explains Chip. “John Crane had a point man on the project. He had great ideas, but always asked us for input to make things better.”

The custom acrylic department signage and logos were a collaborative effort. As John Crane became comfortable with the work, Signs By Tomorrow helped them with the decision-making process as well.

“We did eight or nine different sign applications for them and they were pleased with all of the components,” says Chip. “Signs By Tomorrow Atlanta North has great capabilities, but this is probably the first time we had so many different disciplines involved in one project.”

There were many different components to giving John Crane’s offices in Georgia an updated look and feel:

The entire signage and rebranding project kicked off in early October, and at that time John Crane was still talking with other vendors as well. “By mid-October, we won them over,” says Chip. “And by the first of November, we started producing parts of the project. We installed many components between Thanksgiving and December 1st.”

As is often the case, timing for the project was everything. “Although we had a great local point person, we had to run many of the collaborative efforts through their corporate offices in England,” explains Chip. “There were some tight production windows after we got approvals.”

But approvals were granted, and the corporate office was pleased. So pleased, in fact, that the work Signs By Tomorrow did for the Georgia office is being replicated in other locations as well. “We have done a couple smaller reproductions for them for other locations. Some of the posters that we produced we are now shipping to satellite offices as well,” says Chip.

Despite the challenges, Signs By Tomorrow's signage and graphics experts were able to do good work and John Crane was able to benefit from their can-do attitude and ability to get things done, even leading to more work once the project was finished. Says Chip, “We were able to produce everything in our facility and were able to keep pricing palatable while still keeping the project profitable. Now when we get a call from John Crane and are asked to produce something for them, they know they will get a quality product.”