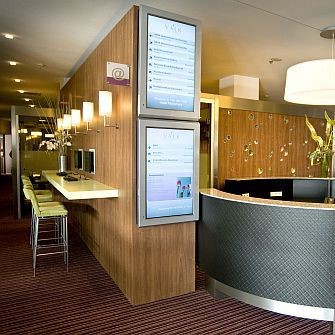 3-16-2011 - Rob Kaun from Signs By Tomorrow in York Pennsylvania is a second generation sign company owner, following the footsteps of his father, and was one of the first SBT franchise shops to be established in the United States.

But Rob, like many sign companies worldwide, could see a changing landscape in his industry.  Digital Signage products are emerging at an unprecedented rate. Second only to mobile marketing and the internet, digital signage is the fastest growing marketing medium in the history of advertising.

With an ever changing landscape, new customer demands and the need for additional revenue, Signs By Tomorrow approached the SP Series of digital displays with open, yet cautious eyes.

They knew more and more customer locations were requesting digital signage, but had concerns about how this new medium would affect their existing print and vinyl business, which is the “bread and butter” of their company turnover.

Within one year however, Rob Kaun has not only added digital signage to his repertoire, but he has also become an outspoken advocate for digital signage amongst his entire franchise.   As a result he has been able to increase company revenue with their margins from hardware and creative services that are provided to customers on an ongoing basis.  This has also resulted in an increased demand for his traditional business by incorporating printed overlays and accompanying visual surrounds that are sold with each display.

Here’s what Rob is doing for his customers:

Signs By Tomorrow (York PA) has provided window film, in-store price tags and signage for many years to Shipley’s Energy, who own a chain of Tom’s Convenience Stores in the North Eastern United States.  Given the geographical distance between each location, a decision was made to install 42” units of the SP Series networked digital displays at each location, allowing the ability to manage content remotely through the SignPassage ‘cloud’ network.

Chuck Ryan, head of creative and graphic design at Shipley Energy says the SP Series Displays make his life as a marketer much easier and creates greater impact for in-store product sales;

“Innovative! Smart-looking!  Immediate Impact!  Those three phrases are what I would use to describe the SP4200 displays we are using in our convenience stores.  Not only do these screens look good, they 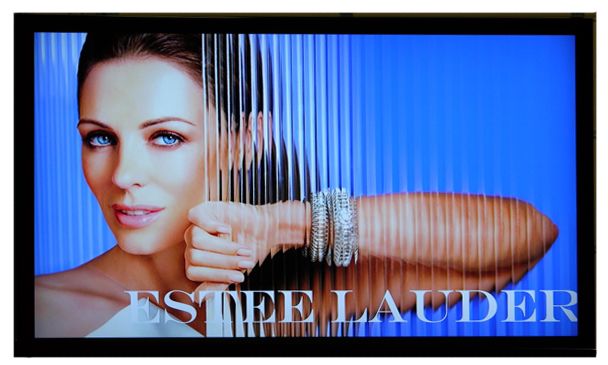 perform better than I expected.  I used to have to drive over 50 miles in a single day, once per month, to distribute DVD’s I created to show shoppers the special food and drink deals we do every month.  Now I simply send the videos to the SP Series screens via the internet using the user-friendly Sign Passage web application.  It even does still images for those of us who want to keep their marketing programme simple and keep prices under budget,” says Ryan.

Today, Rob Kaun and Signs By Tomorrow (York PA) have built a network of displays that they provide digital video and static content for, generating a new stream of revenue that was previously going elsewhere.  You can visit their website at http://www.signsbytomorrow.com/york/ to learn more about their dynamic digital signage products.

For more information about the SP Series of Digital Displays and SignPassage go to www.computaleta.co.nz/digital