[Columbia, Maryland] February 1, 2012 —National signage and graphics company Signs By Tomorrow is pleased to announce the appointment of two new Franchise Advisory Council (FAC) representatives and of a new member to its Marketing and Sales Task Force (MSTF).

The new appointees are: 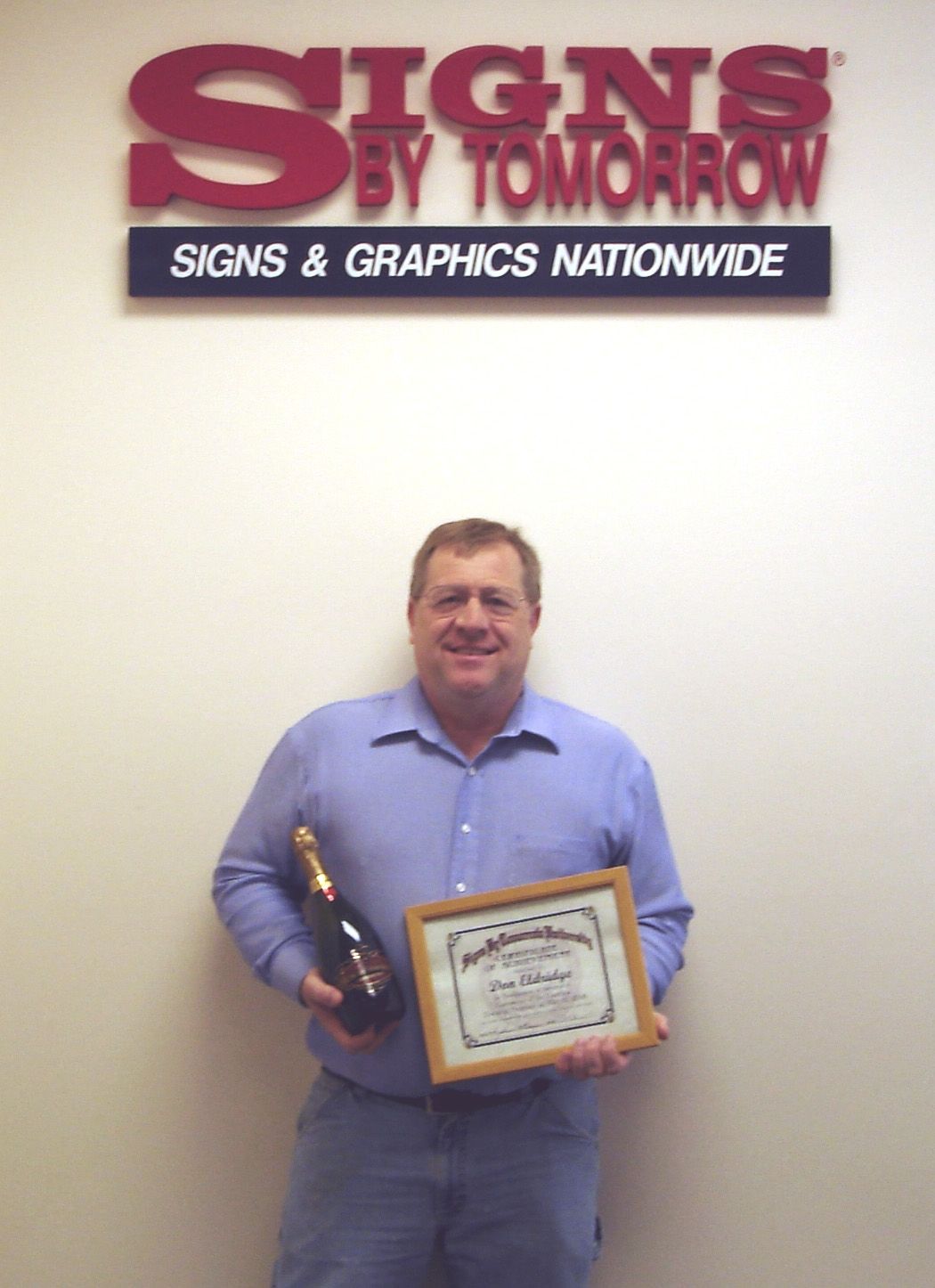 Don Eldridge, Omaha Central, NE Center to FAC representative for the custom sign company’s Central Region. Since purchasing Signs By Tomorrow of Omaha in 2006, Eldridge has doubled the center’s sales thanks in part to a well-documented and consistent process focused on efficiency and timely communication with clients and vendors.

Rob Kaun, York, PA Center to FAC representative for the Northeast Region. Twenty-five years after opening the York, PA Signs By Tomorrow franchise with his wife, Kaun looks forward to helping other franchisees grow and succeed regardless of market conditions.

The new FAC representatives were elected by fellow sign company franchisees in their respective districts, and each will serve a three-year term in which responsibilities include approving franchisee programs and managing Signs By Tomorrow’s central advertising budget. Both Eldridge and Kaun will be formally inducted into their new roles at Signs By Tomorrow’s National Meeting to be held later this month in Las Vegas.

MSTF members are nominated by the staff at Signs By Tomorrow headquarters and elected by the FAC. In his new role, Henshaw will also serve a three-year term, assisting in the development of marketing programs to facilitate franchisee success for each custom signage and graphics center.

About Signs By Tomorrow

Since it was founded in 1986, Signs By Tomorrow has been providing its customers with high-quality, cost-effective custom signs and graphics. With convenient locations, fast and friendly services and affordable prices, the company has grown into a national network of 170 locations in 35 states. Known as an industry leader in technology, Signs By Tomorrow carries a commitment to innovation that ensures that each store is equipped with state-of-the-art sign-making printers. For more information, visit www.signsbytomorrow.com.