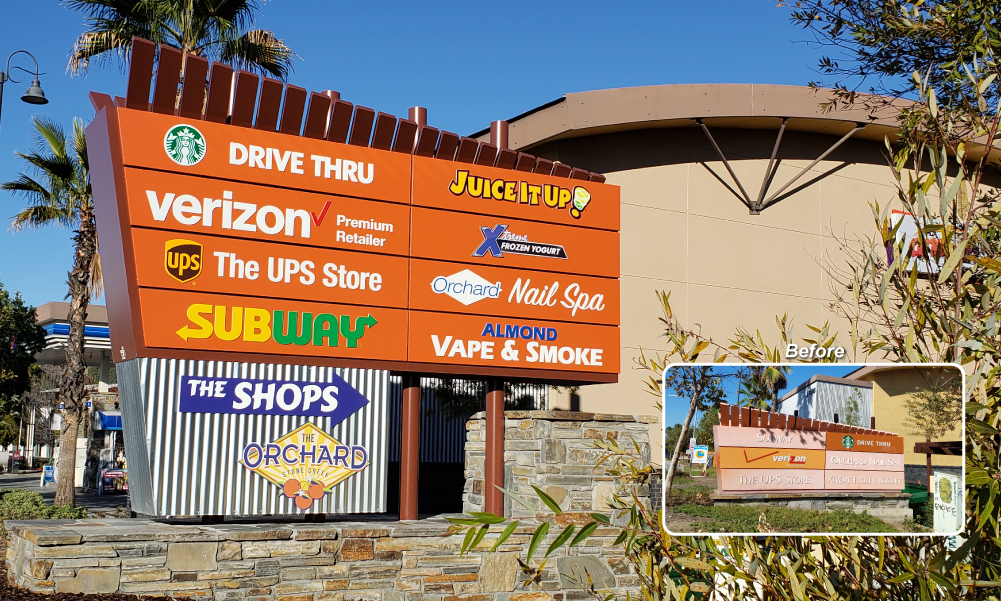 The Frost Company partnered with Signs By Tomorrow to for a refresh to improve their monument's visibility. The solution – increase the number of ... (more) 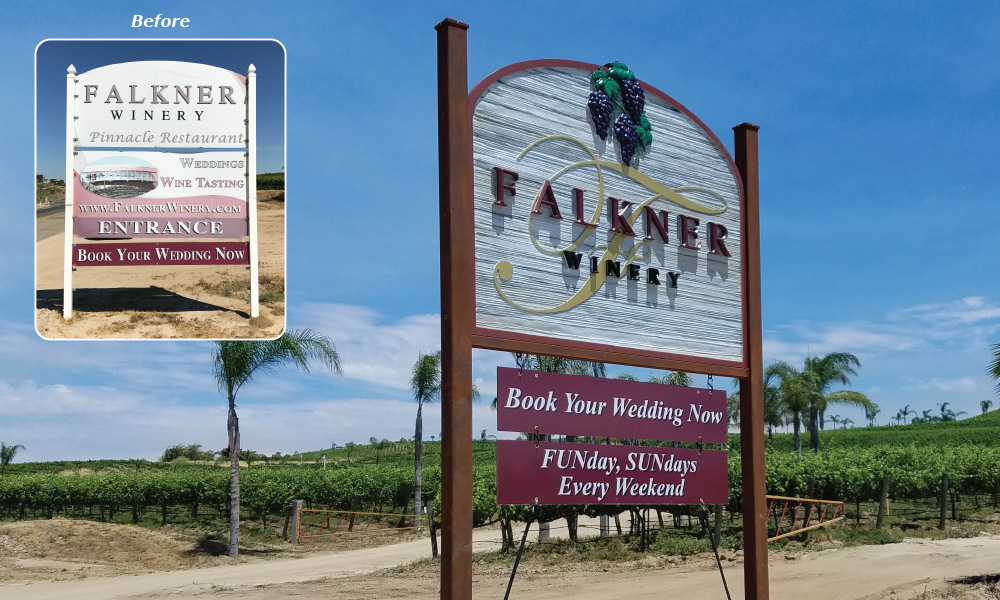 An interesting project in that it involved replacement of an entry sign that Signs By Tomorrow originally created in 2011... (more) 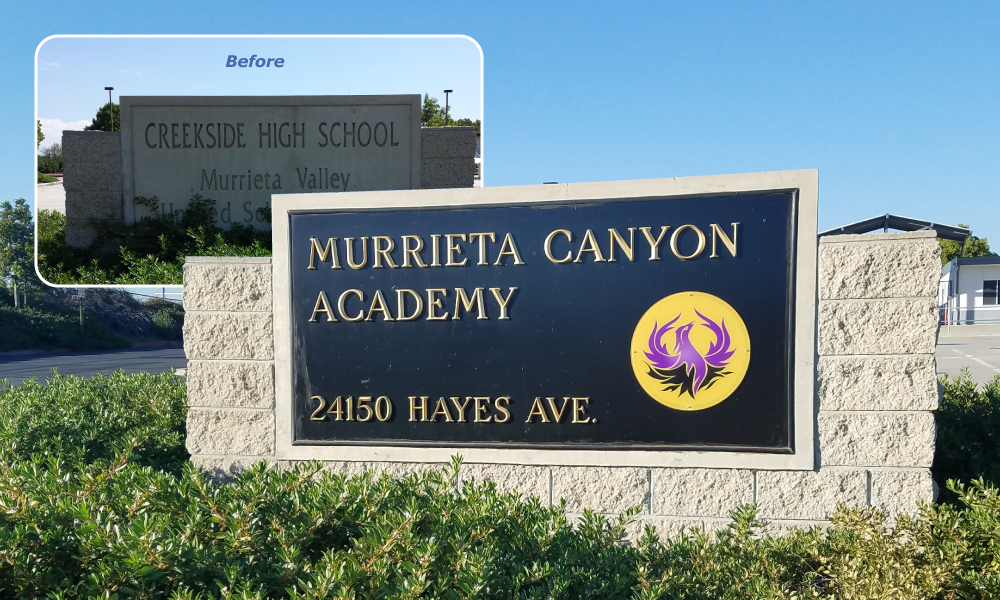 The school district approached SBT wondering if there was a cost-effective way to update a well-built, existing... (more) 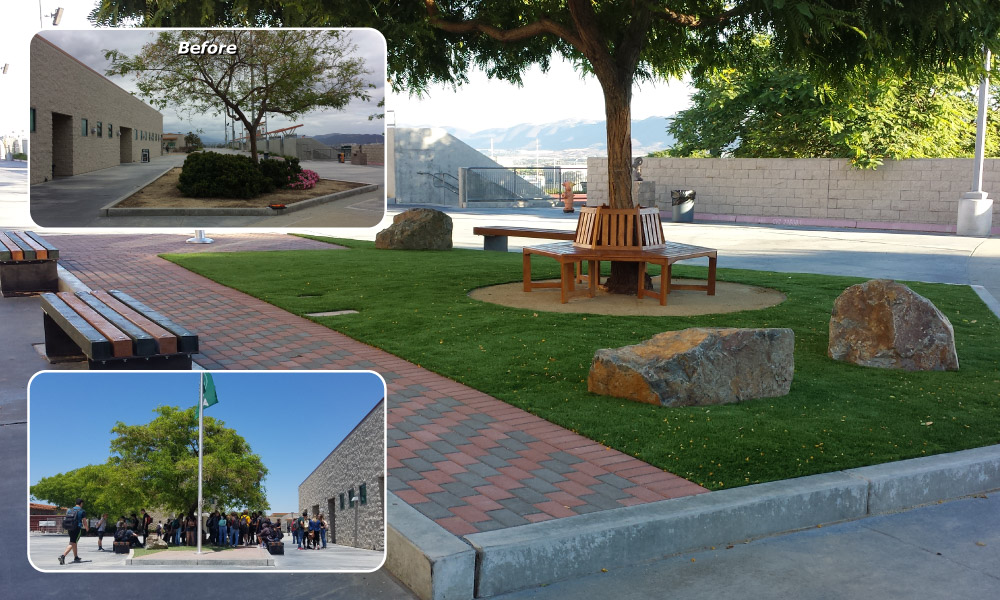 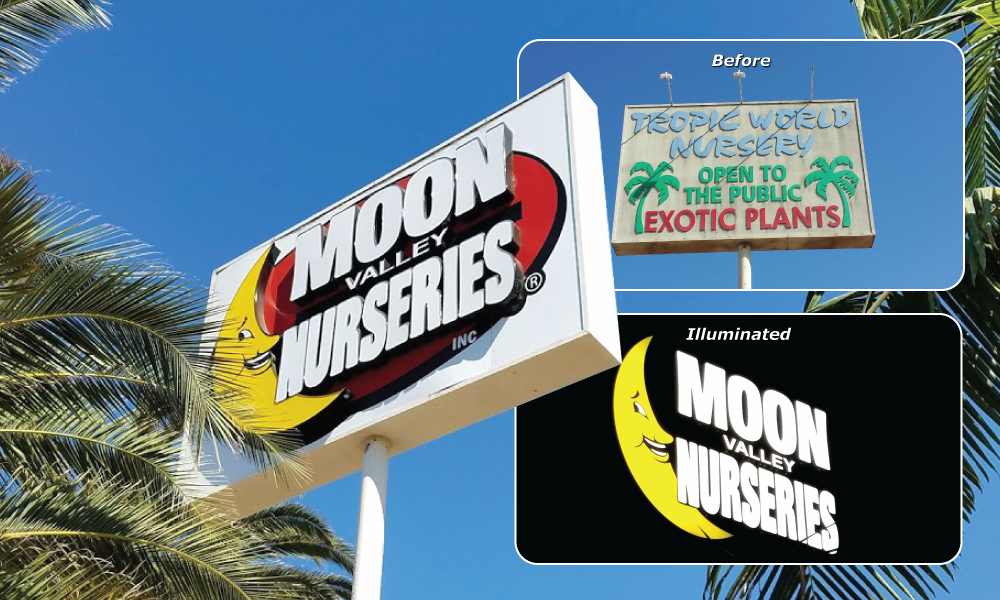 SBT partnered with the city of Temecula to give a fresh look to the recently renamed Ronald H. Roberts library... (more) 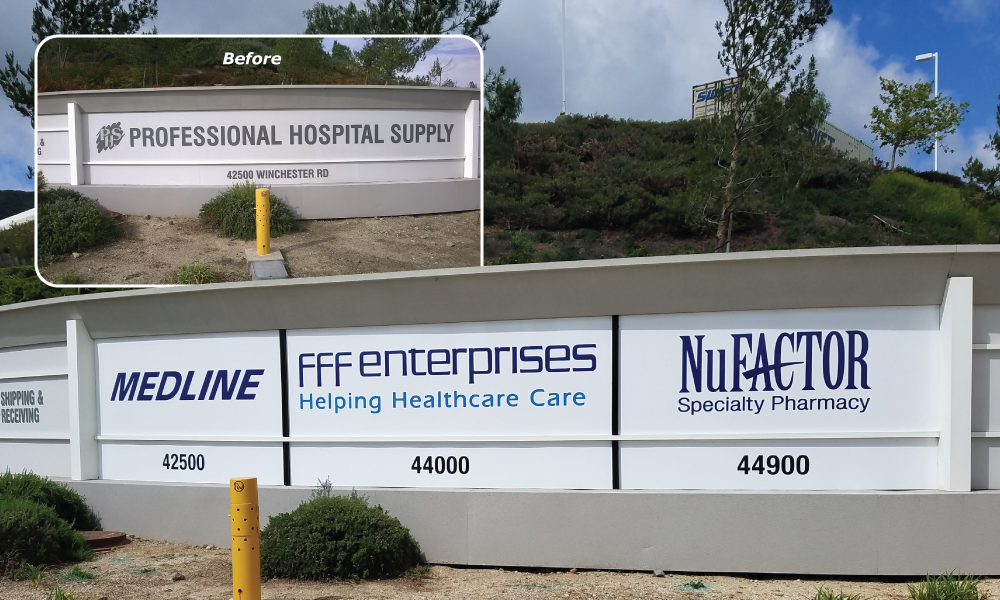 We were proud of our 2008 design for PHS's new corporate facility. In 2017, Medline had SBT return to update their divisions and addresses... (more) 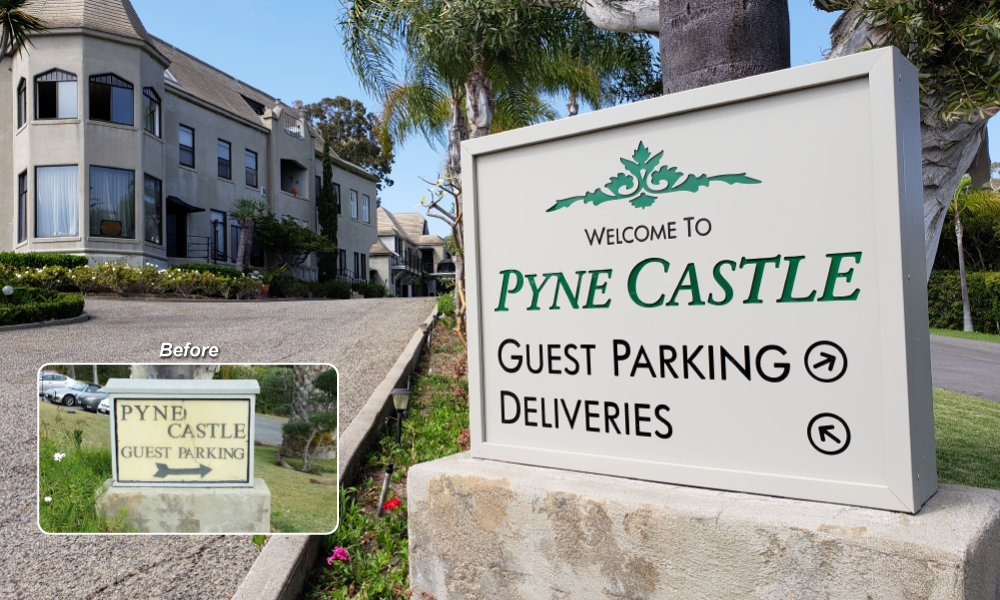 This project presented the unique opportunity of doing work for Laguna Beach's iconic Pyne Castle. Admittedly the property is much more exciting than the (more)
SIGNAGE UPDATES -
BEAR CREEK 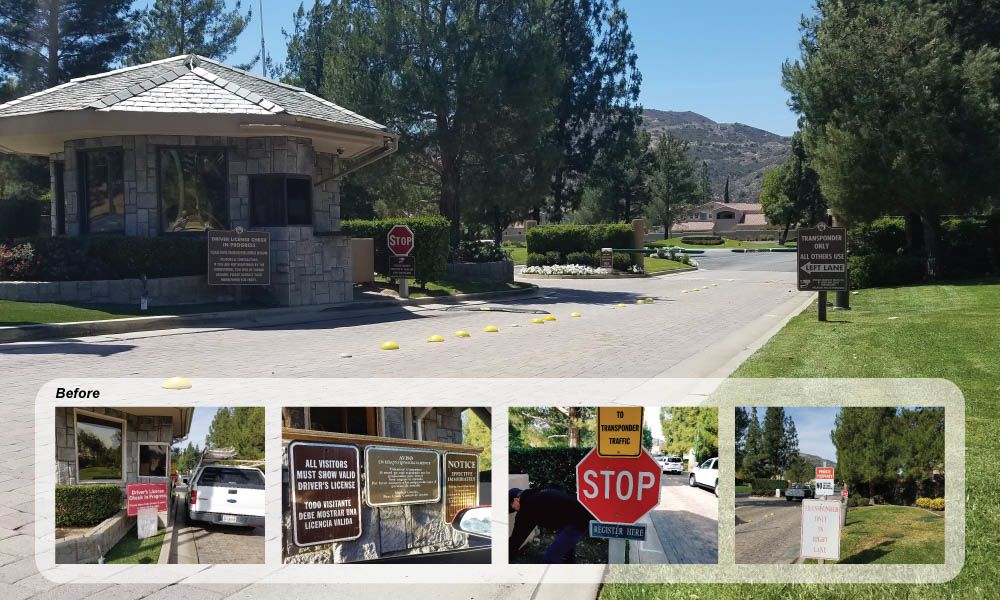